We had so much fun at last year’s Burns Night extravaganza that we’ve decided to do it all again. Join us in our White Room for a multi-course ode to the bard, featuring some of the country’s most acclaimed chefs. Bringing together talent from Edinburgh’s Heron and Taisteal and Ardnamurchan’s Mingary Castle, the menu will feature five courses of contemporary Scottish fine dining, accompanied by cocktails from The Botanist gin from the isle of Islay.

Friends Sam and Tomas worked in some of Scotland’s best restaurants before opening relaxed fine dining restaurant Heron in Leith, Edinburgh in 2021. The duo’s beautifully executed farm-to-table menus quickly gained the attention of the critics, earning the restaurant rave reviews in The Times and The Scotsman; a spot in the Michelin Guide; and a nomination for ‘Best Breakthrough’ in this year’s GQ Food & Drink Awards.

Perched on a headland in Ardnamurchan on Scotland’s picturesque West Coast, Mingary Castle is the restaurant-with-rooms from former Albert Roux head chef Colin Nicholson and his partner Jessica Thompson. There, Colin showcases the very best of the region’s produce in his impeccably presented, daily-changing tasting menus.

Chef Gordon Craig and his wife Lucy opened Taisteal in Edinburgh’s New Town in 2017 and it was quick to become a neighbourhood favourite. Gordon’s creative, ever-evolving menus marry seasonal Scottish produce with international influences picked up from his travels across the globe, as well as years spent working in an impressive number of Michelin-starred kitchens around the UK.

Unfortunately, due to the one-off nature of the evening, we are unable to cater for any dietary requirements for this event. 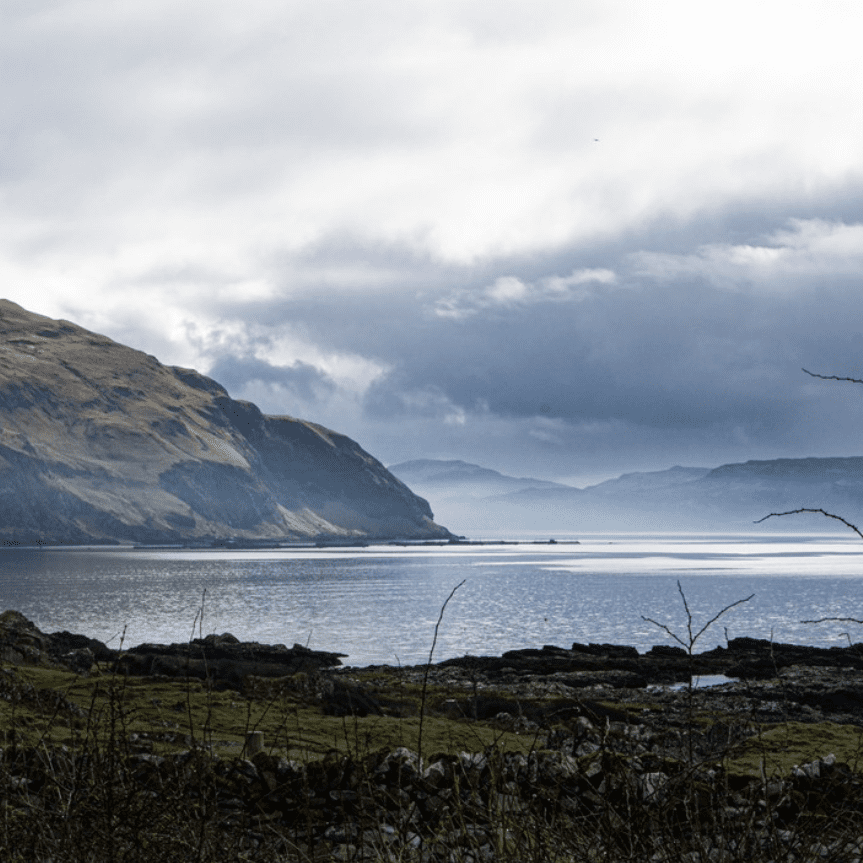 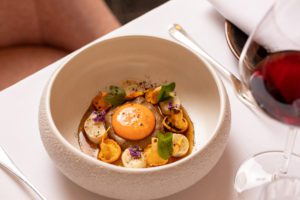 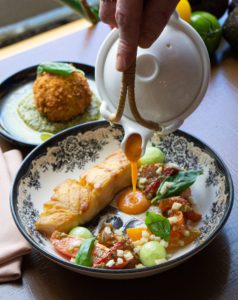 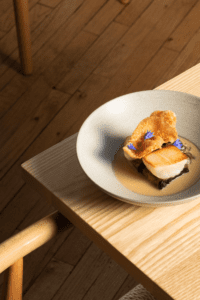 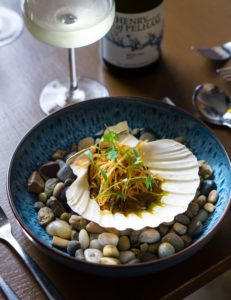 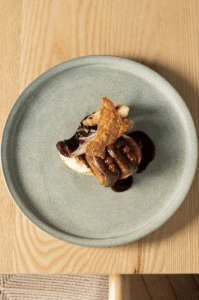